Wage Increase in Canada: We Know You Want It

Starting from October 1, 2016, the minimum wage in Alberta will be increasing from $11.20 to $12.20, making it the highest minimum wage among Canadian provinces. (The wage in the Northwest Territories and Nunavut, however, will remain higher, at $12.50 and $13 an hour respectively.) Furthermore, Alberta will continue to raise the wages yearly by $1.40 an hour, until it reaches $15 an hour in October of 2018.

Christina Gray pointed out earlier in June this year that the reason for the wage increase is to make sure Albertans can live comfortably and not struggle to make ends meet. “We have quite a few families, working people in Alberta, who work full time jobs and have to go to the food bank. They’re not able to support their families and we’ve had that case for far too long in Alberta,” she shares. 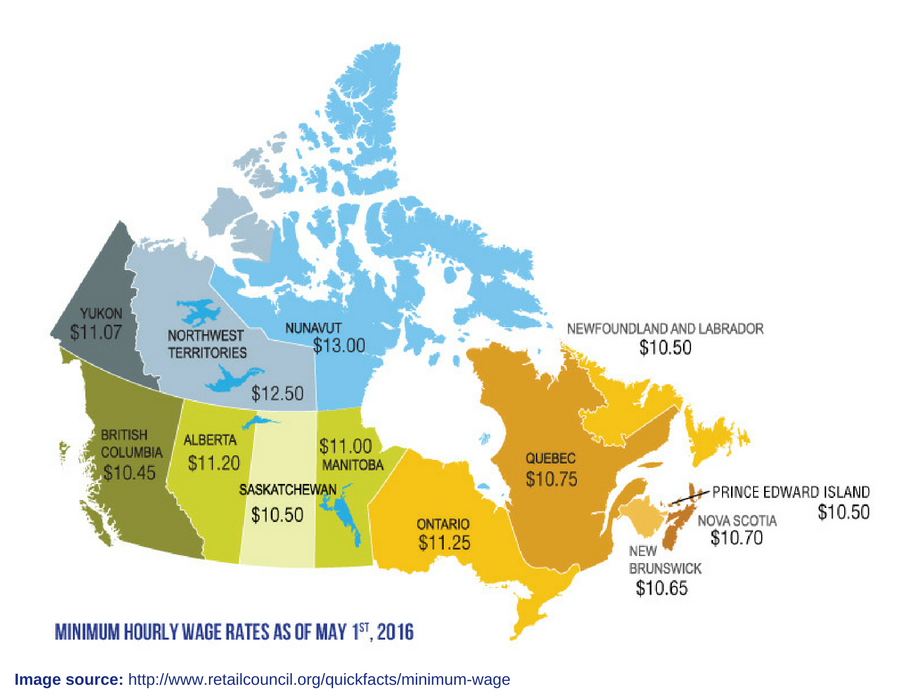 On September 15, the BC government has increased the minimum wage in British Columbia from $10.45 to $10.85 per hour. This decision helped BC move away from the lowest minimum wage rate in Canada. Next year’s hourly rate is planned to increase to around $11.25 an hour.

Despite these gradual changes in BC, it is difficult not to look at Alberta’s changes and wonder if BC could have a similar development. The BC NDP party has made a statement that they will increase the minimum wage to $15 an hour if they are elected in 2017, while the BC Liberals are opposing such a drastic increase due to the fear it will hurt small businesses and their operation.

What about Small Businesses in Alberta?

The wage increase became a higher concern for small business owners in Alberta. Business owners are worried that such a drastic increase could have major negative implications on their businesses and on the economy in Alberta.

However, Christina Gray stands by the decision and says that the government has considered those implications. “We have a strong business-focus with this government. We’ve reduced the small business tax by a third, implemented tax incentives.”

“We’re really trying to focus on supporting small businesses, but at the same time we need to support all Albertans, especially those most vulnerable,” says Christina Gray.