Just upstairs from the main floor here at Ashton is the administration offices. In many ways, the fourth floor of the building is the nerve centre of the campus.

It’s where upper management, program administration and human resources are. It’s also home to the Digital Marketing team, headed by Katharine Mills, Ashton’s intrepid Brit and digital marketing guru. Katie has an interesting immigration story and it’s one that deserves to be told. 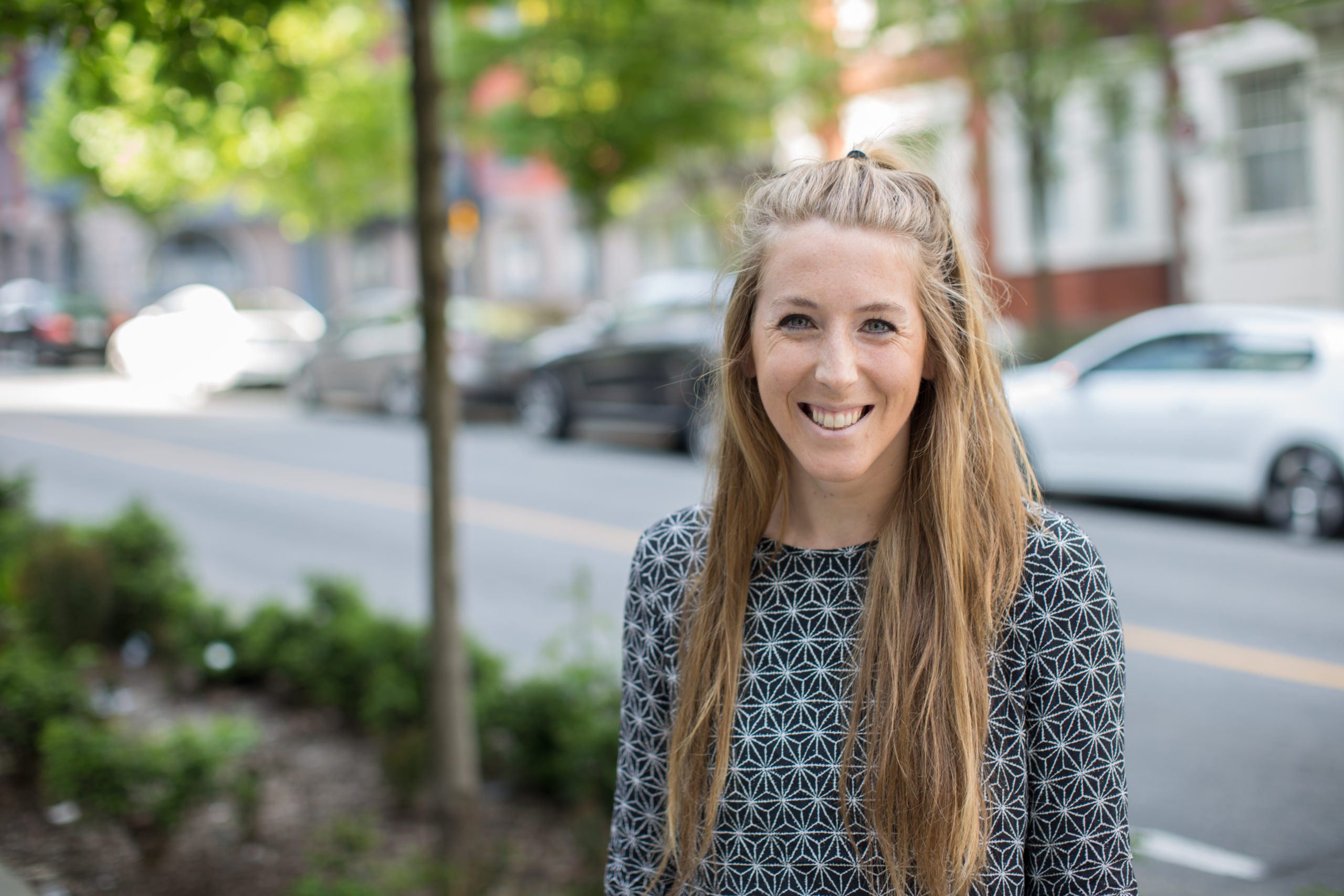 The recent recipient of a Canadian Permanent Residency Card, Katie first came to Canada in 2013 from the UK with her partner Sam. Voracious skiers, both had previously lived in the French alps but decided to move to Whistler because well, it’s Whistler. “Sam and I wanted a change of scenery from the UK. We had heard how great the skiing in Whistler was, and the real draw for us was how close Whistler was to Vancouver. Both of us wanted to be in an area where there were new career opportunities.” Leaving Europe was bound to run its risks but what is immigration without them?

Sam and Katie originally settled in Vancouver to become established and find jobs. But as it happens with so many immigrants, their qualifications weren’t recognized and it took them longer than expected to find work. “I thought that my degree and work experience in the UK would impress Canadian employers and I was surprised when it didn’t.” Eventually, Katie applied for a market research position here at Ashton. It was during the interview that her previous experience came to light and while at the time the digital marketing department had yet to exist, Ashton created the position just for her.

“It was great for me because I saw an opportunity to transform how Ashton interacts with the public online,” she says. “My first project was revamping the website and basically completely changing the digital face of the college.”

Because much of Katie’s work was able to be done remotely, she and Sam moved to Whistler that winter and Katie would commute to the college three times a week for meetings. “It was great. I got to ski and work on something that I’m really passionate about. The tough part was the long drive early in the morning!” she laughs. “I think I destroyed my car on the Sea-to-Sky that winter.”

As her position evolved from online learning research to more of a developmental role, it became apparent that living in Whistler was no longer viable. “It got to the point where I was commuting back and forth four days a week and it was draining me. So we moved to North Van as a compromise between city and mountains.” Passing on her online learning work to Jacqueline Smith (a blog for another day) Katie went back to her roots in digital marketing.

“I had a hard time at first getting employers here to recognize the experience I had back in the UK,” she says. “And it made me realize just how tough things are for new immigrants. I mean I come from a Commonwealth country and was having these problems. What about people from other countries?”

Because Canadian immigration law dictates that in order to transition from temporary visa to permanent resident a candidate needs to acquire a requisite number of points, finding stable employment becomes all the more imperative. But many immigrants aren’t able to do this and as a result, their time in Canada is fraught with uncertainty. “I’ll be honest,” says Katie. “It was pretty tough for the first couple of years, not knowing with any certainty what my future was going to look like. I was lucky to find work with an organization that was willing to take a chance and hire a new immigrant. It really makes you think about what the journey is like for immigrants.”

After three years of working full time at Ashton, Katie finally acquired the points needed to qualify for Permanent Residency.

“I was super nervous about our application being rejected for some reason,” she says. “But the process actually ended up being relatively quick, especially with the new Express Entry system.”

When her Permanent Residency card arrived in the mail just a few short weeks ago, Katie triumphantly strolled into the Ashton offices brandishing it proudly. “I won’t say that I cried but my Mum did when I phoned her. Having a PR card opens up huge opportunities. Before we had this cloud hanging over our heads and neither of us wanted to think about the future because we didn’t know what, or where, it would be.”

Now that Katie’s future as a permanent resident is secure, she can start planning the next few years of her life knowing she’s built a solid foundation in her adopted country. “This journey has taught me to really buy into what Ashton is doing with its immigration program. The other side of it is the importance of having someone to turn to during the immigration process who knows what they are talking about and can help with the stress. I hired an Immigration Consultant for my Express Entry application and it definitely helped give a piece of mind, knowing that this was a licensed professional.”

“It's exciting to hear stories of our Immigration Consultant Diploma alumni who are out there starting their own businesses and helping more people in the way we were helped through our own processes.”