Diwali – The Festival of Lights

Diwali – the festival of lights. It is during this occasion that you see your Indian friends adorned in fancy traditional dresses as they distribute sweets and light up candles and fireworks. In case you are curious as to why they are doing all of this, here is a brief history of the festival!

In Indian mythology, Lord Ram, who is the seventh incarnation of God Vishnu, returned to his hometown Ayodhya after 14 years of exile. Lord Ram is the paragon of dignity, and it is believed that one can find answers to all moral and ethical dilemmas from the life of Lord Ram. He was the son of the king of Ayodhya, and he was ordered to exile due to the selfish motives of his stepmother (she wanted her biological son to inherit the throne of Ayodhya). When Lord Ram’s father told him that he had to leave into woods for 14 years along with his wife, he agreed to it without asking any questions, as he intended to honour his father’s word. 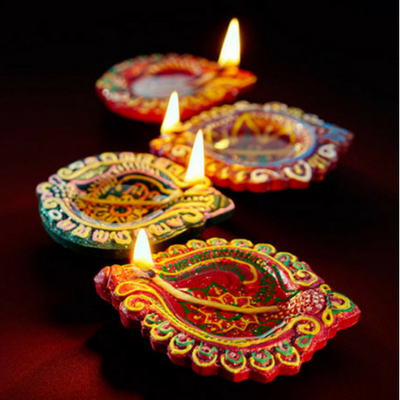 During his exile, Lord Ram fought and won battles against several demons, including the demon king Ravana. The defeat of Ravana is marked in history as the victory of good over evil – and hence light over darkness. After 14 years of exile, on his return to Ayodhya, Lord Ram was welcomed with clay lamps. Those lamps, also known as ‘Deep’ in the Hindi language, were filled with clarified butter as fuel to light a cotton wick that illuminated the environment. The lamps were assembled in rows, known as ‘Aawali’ in the Hindi language, and placed on rooftops of houses. This is how the festival derived its name: ‘Deep’ + ‘Aawali’ = ‘Deepawali’, or as we know it today, Diwali.

To this day, citizens of India celebrate Diwali, the return of Lord Ram to Ayodhya, with great enthusiasm. In fact, this festival is now happening all over the world. While celebrations may vary according to the traditions of specific communities, the central message is similar. During Diwali, Laxmi, the Goddess of wealth and prosperity, is also worshipped. 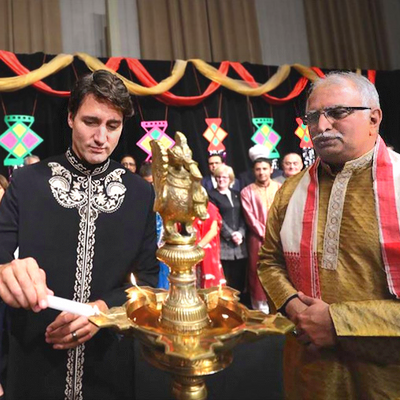 Diwali is celebrated in a big way in Canada too. Thanks to this wonderful country, many Indians celebrate this festival in their homes and at local temples. In September 2017, Canada Post and India Post joined hands to issue stamps that celebrate the spirit of Diwali.

The honourable Prime Minister of Canada – Justin Trudeau issues a special video greeting to all Indians in Canada via his Facebook profile.

Ashton College wishes everyone a very happy and prosperous Diwali!