Why it Makes Sense to Shift from Construction to Home Inspection

People in construction work hard. Whether the primary occupation is framing, plumbing, finishing carpentry or tile-setting, the construction industry is hard on the human body. Knees, feet, shoulders and backs get sore and can cause long-term pain issues even when all the safety measures are observed.

Eventually, it may become too much of a physical strain for some individuals to continue the job they are used to and have built expertise in. Certain individuals may find opportunities in more of a supervisory role, or they may establish or grow a company where others take on the majority of the labour-intensive work. For others, this change in workload still isn’t enough, or perhaps they are looking for a change in their occupation in a way that builds on their experience. 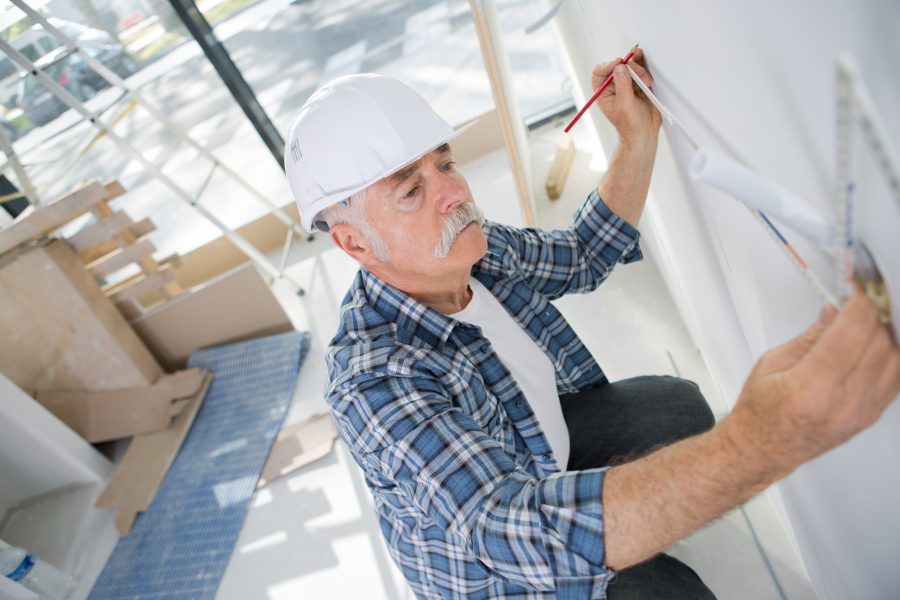 Nathan had been in construction for more than 30 years. He started as a labourer in his 20s, then moved on to framing and gradually became a head framer for a residential building company. Unfortunately, as the economy shifted, the company closed and Nathan moved on to a different company and trained as a finishing carpenter to avoid some of the outside work and excessive lifting. With many years of experience in the industry, he changed jobs again and took on a general manager role with a flooring installation company that worked primarily on multi-suite residential projects.

Seeing he could manage the multitude of tasks required on the numerous sites while also managing several employees, Nathan decided to start his own construction company. He didn’t want to take on multiple employees or multi-unit jobs, so kept the company small with a labourer, contracted trades and him completing the projects.

As Nathan aged, he found he had an increase in back pain, the days felt longer and dealing with homeowners during a new-home build was increasing his stress levels. He was having a hard time sleeping, sometimes felt anxious and was always worried about taking on more work than he could handle.

Nathan wanted to make a change again – one that would build on his 30 years of experience in the construction industry – but he couldn’t figure out a way to keep his independence and entrepreneurial spirit happy while shifting into a less manual, less seasonal and less demanding role. Then, when his best friend was looking to buy a new house and asked him to take a look at it, Nathan realized he could use his expertise, still run his own company and have a less-stressful job as a home inspector in BC.

Nathan’s review of his best friend’s house was an informal inspection and both knew there was no official credentials behind Nathan at the time. Nathan looked into local post-secondary institutions that offered a certified home inspector program that would lead to licensing.

Once he found a school that taught the program through an online format in the evenings, Nathan enrolled and began his first step – completing the courses (from a Consumer Protection BC approved institution – Consumer Protection BC manages the licencing of home inspectors in BC) in the nine major areas of: structure, electrical, furnace and boiler heating, wood and electrical heating, air conditioning and heat pumps, plumbing, interior, exterior and roofing.

The fact that courses were offered online and in the evening was very important to Nathan because he could continue running his construction company during the day while taking classes a couple of nights a week. He also made sure to set aside time on the weekends for independent studying.

Because of his background in a variety of areas of construction, Nathan worked hard on his studies, but found the courses within his ability to understand and do well in while contributing to class discussions online.

With the confidence gained from completing the home inspection courses, Nathan registered for the designated exam through CAHPI British Columbia (although there are other bodies that also offer an approved exam). He studied hard prior to the exam and while he found it moderately challenging, he passed with good results.

Before establishing his own home inspection company, Nathan needed to complete the third step in the process of spending 50 hours of on-site training with a home inspector already licenced through Consumer Protection BC. The inspector Nathan worked with appreciated the experience Nathan brought to the job and felt he would make a thorough and knowledgeable home inspector. Also, because he had experience working with clients one-on-one, Nathan brought customer service skills to the role.

With this positive on-the-job training, Nathan asked the licenced home inspector he worked with to provide the peer recommendation letter needed for the fourth step of the process, which he received and submitted to Consumer Protection BC.

Step five was something Nathan was familiar with from his days of running a construction company. He needed to arrange for insurance. As a licenced home inspector, he needed Errors and Omissions (E&O) and Commercial General Liability insurance.

Finally, he submitted a licencing application along with the support documents required to Consumer Protection BC and received official approval of his licencing.

Nathan had spent many years around construction sites in both residential and commercial environments, but he greatly enjoyed the change to his work environment and the ability to help potential home-buyers make informed decisions. He felt as though his years of experience were put to good use by inspecting things he was familiar with as well as areas he learned more about during his education in the certified home inspector program.

Not everyone who becomes a home inspector has the diverse, long-term background Nathan has, but his experience in becoming a home inspector illustrates that those who are familiar with the industry can change careers and appreciate doing something new while making use of their previous skills and knowledge.

Home inspection in BC is a growing field as very few people are willing to make an investment as major as a home purchase without the help of a knowledgeable professional. You could be the home inspector that helps these buyers see whether their potential home is right for them or not.