Tribunals and Appeals |
Everything you want to know, but afraid to ask.

This event is approved by ICCRC for 3 CPD hours. RCICs who participate in these events will be credited for the number of approved hours once they submit their CPD Reporting and Certification Form and supporting documentation. To comply with the annual requirement, an RCIC must complete 16 CPD hours.

Ashton College is proud to host this exciting event, featuring distinguished speakers who are leaders in their respective areas of Immigration in Canada.

As we examine the topic of Immigration Tribunals and Appeals. Our experts offer varying levels of perspectives: from legal to consulting to instructional, there is no shortage of expertise. Ashton College is known for delivering the highest quality content that strives to always be ahead of the curve regarding everything from certification to effective certification processes.

We invite and welcome anyone interested in these immigration topics – from our prospective students to practicing immigration professionals – to register for this event and increase their knowledge on this subject.

$65Per person $50Per person(Early bird cost till September 30th) 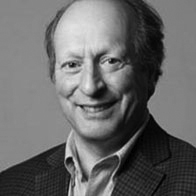 Lorne has been practicing exclusively in the area of immigration and refugee law since 1979, the year he opened his own law practice. 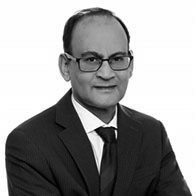 Raj Napal was called to the English Bar in 1981 and practiced as a trial lawyer in criminal and civil litigation for 15 years prior to... 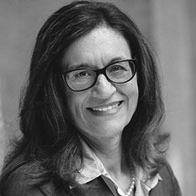 Anita Boscariol is Associate Counsel at Watson Goepel LLP, a law firm located in downtown Vancouver, BC. A former Assistant Deputy Chair of the Immigration... 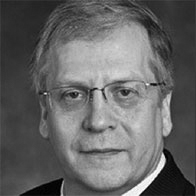 Ron McKay has been involved professionally in the practice of immigration from 1986 to present. He previously served as a locally-engaged...

Lorne has been practicing exclusively in the area of immigration and refugee law since 1979, the year he opened his own law practice.

Lorne has been regularly recognized for his contributions to the legal profession. In August 2007, he was awarded the Louis St Laurent award by the CBA. In 2015, he was given a Lifetime Achievement award from the Canadian Bar Association National Immigration Law Section. Lorne was named one of the top 25 most influential lawyers in Canada by Canadian Lawyer magazine in 2010, 2015 and 2016. Most recently, in 2017, he was honoured by being named to the Order of Canada.

Lorne is the author and editor of Immigration Law and Practice, a two volume, loose leaf service published by Butterworth’s Canada in 1992. Immigration Law and Practice has often been cited as an authority by the Federal Court and the Federal Court of Appeal as well as by the Supreme Court of Canada. In addition, Mr. Waldman has authored three other works: The Definition of Convention Refugee, published by Butterworths in 2001; Canadian Immigration and Refugee Practice, a work that includes a commentary and case digests, which was first published in October of 2005 by Butterworths and is published annually with updates to case digests and commentary; and Inadmissible to Canada: The Legal Barriers to Canadian Immigration published by Lexis Nexis Canada.

Lorne has been appointed as an adjunct professor of law at both Osgoode Hall Law Schools and at the University of Ottawa Law School. At Osgoode, he taught immigration law and a seminar on National Security and Human Rights. At the University of Ottawa, he has taught immigration law and he has also co-taught a seminar on Anti-Terrorism Law with Professor Craig Forcese.

Lorne has appeared very frequently at all levels of the courts in Canada, including the Supreme Court of Canada, the Federal Court and the Federal Court of Appeal where he has argued many of the leading cases in immigration and refugee law, such as:

Raj Napal was called to the English Bar in 1981 and practiced as a trial lawyer in criminal and civil litigation for 15 years prior to his call to the Ontario Bar in 1996 when he established NLC lawyers in Peel, Ontario.

Raj is highly skilled in judicial review proceedings and advocacy in all  immigration law tribunals. He is also an immensely persuasive defence criminal lawyer and immigration law advocate, having succeeded on a substantial number of criminal trials and immigration matters over the years. He has a large number of cases published in the law reports, which enunciates important principles of law.

He enjoys doing judicial review—stay of deportation work in the Federal court. Through his 35 years of trial and advocacy experience, he is at his best doing criminal trials. He has won a significant number of cases in his DUI cases, skillfully using charter arguments to successfully challenge the crown’s case. He is a compassionate individual who believes in human rights and in his immigration practice has been pleased in stopping the deportation of immigrants and their families to countries where they face hardship and cruelty.

Although he has immense experience in civil litigation—personal injury and employment law –  in 2016 he decided to practice only in the areas of criminal and immigration Law. He wanted to provide a personal and dedicated service to his clients in these important areas of law. He felt that civil litigation demanded many clerks working on files, which detracted from the one to one, lawyer and client relationship that he believes is important in delivering exceptional service.

He has published a number of articles on immigration law and has taught criminal law. He currently teaches immigration law part-time. His teaching keeps him updated on the law and the changes that occur in legislation, especially in immigration law. He devotes time updating his website, so members of the public are aware of these changes.

Anita is a frequent presenter for many well-known organizations, including for the Canadian Bar Association, the Continuing Legal Education Society of BC, and Public Legal Education, as well as at various educational institutions including the University of British Columbia, the University of Victoria, Corpus Christi College, and Ashton College. She has recently been published in The Lawyer’s Daily, a resource for legal professionals including those in government departments, academic institutions, and research libraries.

Anita is fluent in French, Italian and Spanish, enjoys classical music and opera, and is a fitness enthusiast.

He has previously served on multiple stakeholder committees involving Immigration, Refugees and Citizenship Canada, the Canada Border Services Agency, Service Canada, the Immigration and Refugee Board and Continuing Legal Education.

Ron McKay is the emcee/moderator for this Live Online Webinar.

If you have questions or would like help to better understand our programs, courses or admission requirements, we are here to help