The road towards your dream career is not always straightforward. Sometimes you need to have a desire to succeed and perseverance to take the first step – and that's the step Erin Wanini took to change her career. 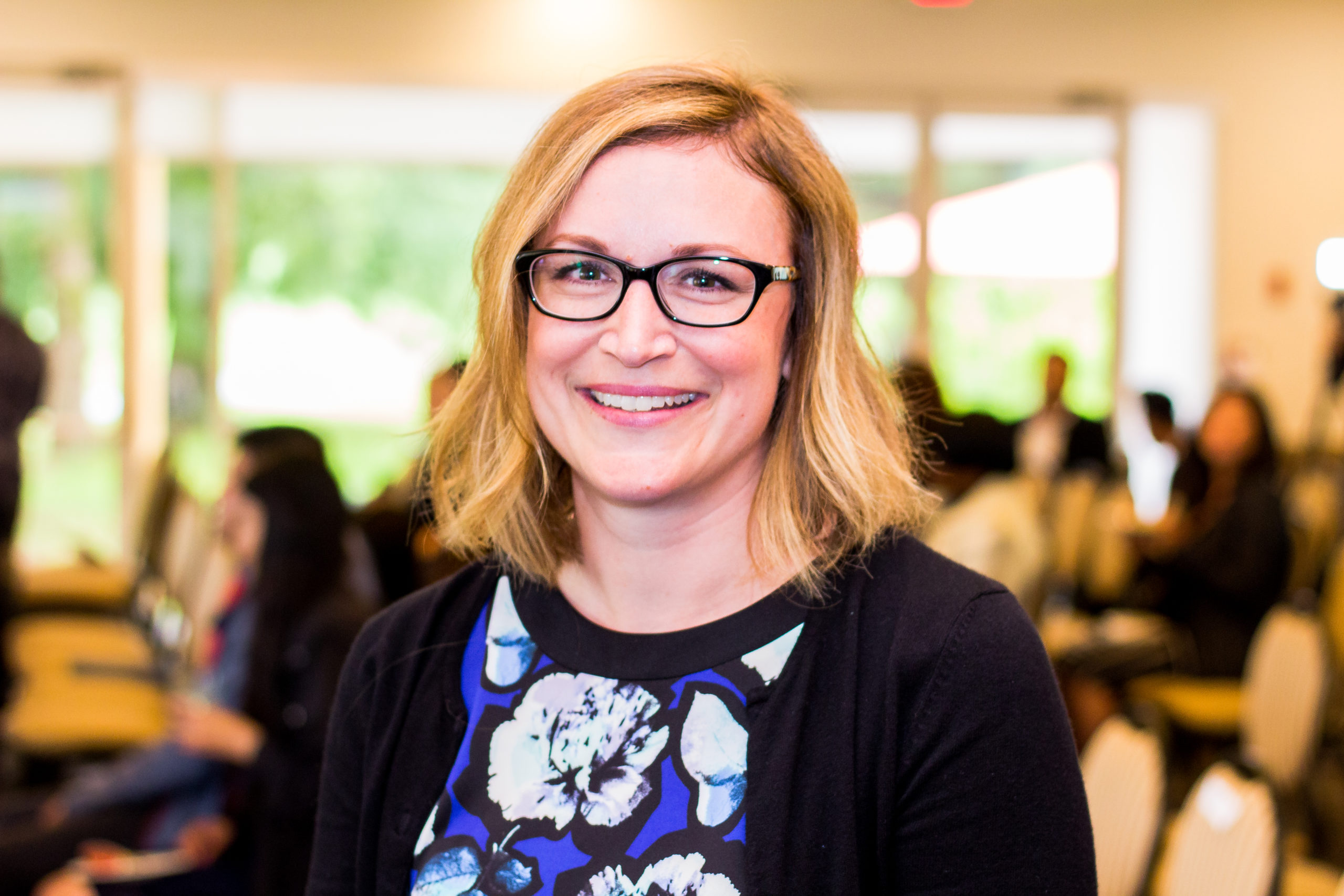 “I’ve always been interested in different laws, policies and regulations – in fact, I almost took an international law and social work degree. So I’ve always been drawn to the legal arena, and I found it very interesting.”

Erin is a social worker by education: she finished a Bachelor's degree of Social Work from the University of Calgary and has been working in the field of addiction and mental health for over 15 years. “I really enjoyed my job; but I thought it was time for change in my life, and I wanted to pursue my other passions.”

Immigration was almost a natural progression of Erin’s interests after she was exposed to it through her family and some of her close friends. “My husband immigrated to Canada from Kenya a few years ago and I helped him with his application and citizenship processes. I have a lot of Canadian friends that have been involved in immigration, so the idea to learn more about immigration was always on my mind.”

Unfortunately for Erin, Red Deer, Alberta was not close to any colleges or universities with a good immigration program. “I was toying with the idea of pursuing immigration consulting for a while, but I was still not sure I could do it. The truth is, I didn’t want to relocate for my studies, especially with young children.”

“When I found out about the online program at Ashton, the idea of switching careers became a possibility – and I decided to go for it!”

Even though Erin made a decision to persevere, she still had to face many challenges on the way to her new career. “I remember after signing up for the Immigration Consultant Diploma program, I began to have doubts. I had to work full-time, I had just had a baby with some health concerns as well as a 4-year-old son – what was I doing adding education to the picture?”

Working, taking care of her family and pursuing education seemed impossible for Erin, and she was close to giving up. “I remember calling Ashton’s Admissions Officer, and telling him I couldn’t do it. I was so scared and it seemed so overwhelming that I just wanted to back out. He was very encouraging, yet at the same time he was really hearing what I was saying and understood the difficulties I was having.”

“I still remember his response very clearly. He said: ‘Erin, just take a month; and if a month from now you’re still thinking you can’t do it – just call me back’. That sounded reasonable, so I said, ‘okay’. And I never called him back!” 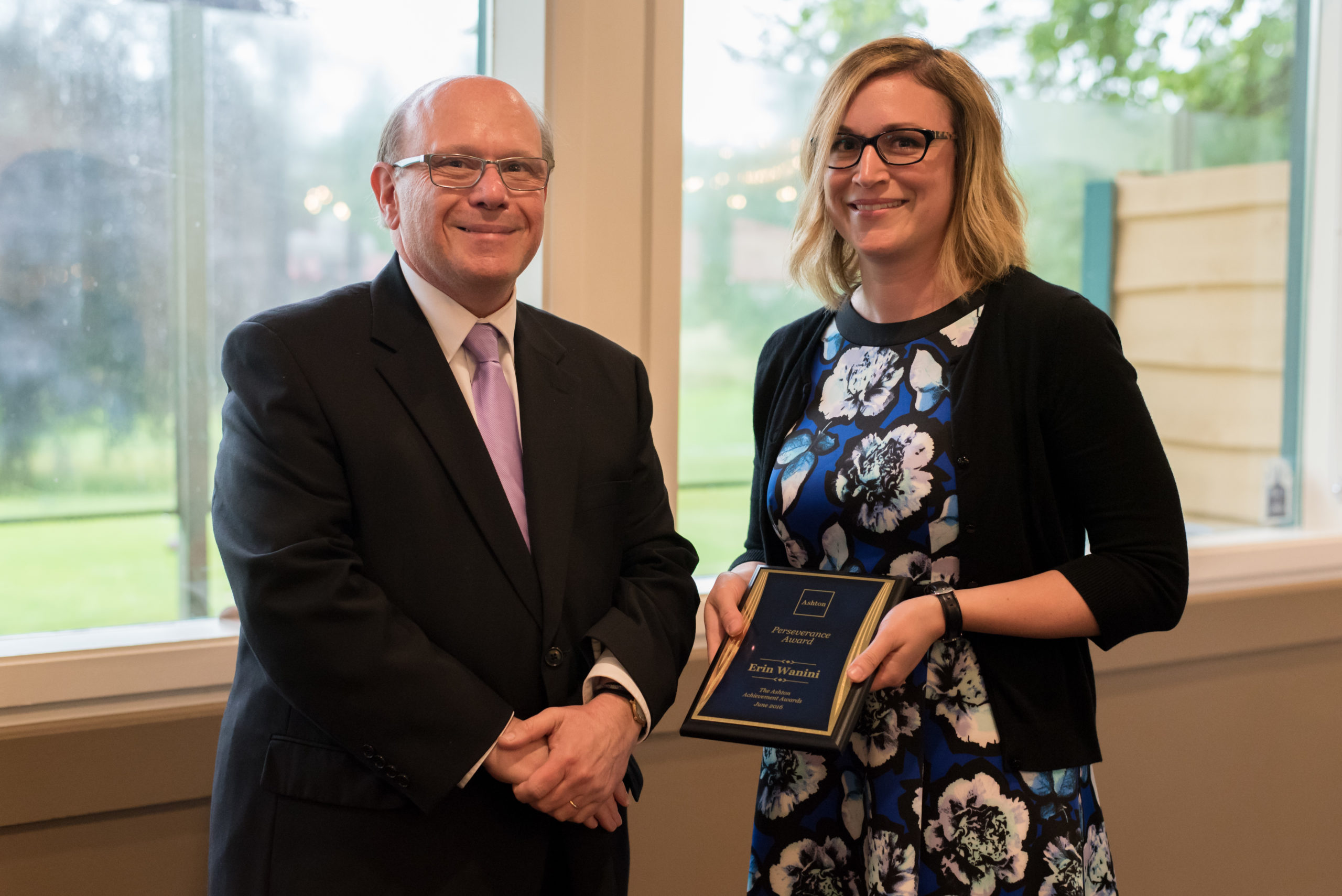 The Importance of Encouragement

For Erin, the support of her friends and family has been of tremendous value in her journey through her difficulties of work, studies and family obligations. “Everyone around me was really supportive, telling me that they would back me up in my decisions, but at the same time encouraging me to strive for more.”

“I don’t think I would have gone through with my studies if it wasn’t for the support from my family and friends. I am especially grateful to my husband for being there with me every step of the way.”

Erin’s efforts and hard work did not go unnoticed. She was nominated by her classmates for the Perseverance Award, who praised her as a source of inspiration for them during their studies. Erin’s story was a powerful one and she was awarded the Perseverance Award at the Summer 2016 Ashton Achievement Awards.

Now that her education is over, Erin is looking enthusiastically at the future. “I want to start my own immigration business, but I know it will not happen right away – it is going to be a bit of a journey from here. First things first, I would like to work with someone who has experience in the field, and then little by little get closer to my dream.”

A Word of Advice

“I remember Meriam, a dear friend of mine, saying that ‘there is never a good time to change our career or life path’ – and I definitely understand what she was saying now,” says Erin. “There are always challenges: there are kids, there is work, there are tasks that we need to do that have nothing to do with our education… But the key is to keep pushing forward.”

“Just keep going: work hard, surround yourself with supportive people and push through the difficulties. It will definitely pay off in the end.”