Ashton College and CAPIC recently organized a joint CPD seminar titled, “A Smorgasboard of Topics” on May 24, 2019, in Vancouver, BC at the Best Western Plus Chateau Granville.

The event attended by over a hundred immigration professionals, both in-person and online, provided a deep dive on several important, relevant topics, including the BC Provincial Nominee Program (BC PNP), IAD Advocacy and Technology Work Permits. The speakers at the event included leading industry experts and practitioners like Anita Boscariol, Ron McKay, Dory Jade, and Craig Natsuhara.

“Immigration professionals must continually enhance their knowledge and expertise to remain at the forefront of today’s changing landscape. They need to remain knowledgeable and current in their field to best serve the interest of their clients and their organizations,” says Ron McKay, Director of Immigration Practitioner Programs at Ashton College.

The CPD event, which was a great success, offered an opportunity for the professionals to engage with the experts and their community. 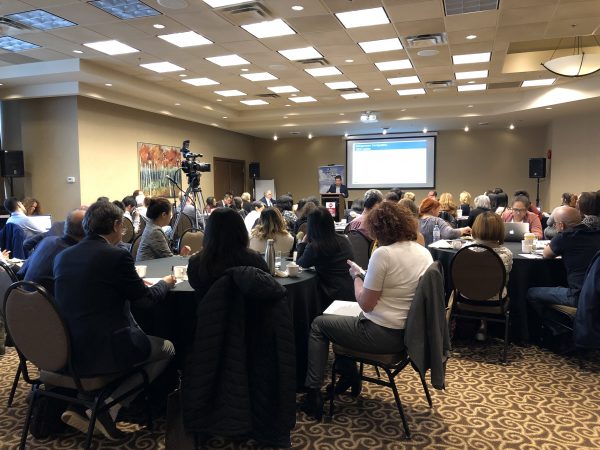 Speakers at the event

Anita is Associate Counsel at Watson Goepel LLP in Vancouver, BC. Her practice focuses primarily on Indigenous Law, with a portion dedicated to the area of Immigration law. Having worked in the public sector for over 25 years, the last ten as Director General, Treaties and Aboriginal Government Negotiations West, for the former Department of Indigenous & Northern Affairs, Anita brings a wealth of experience and perspective to her Indigenous practice.

Dory has been an RCIC for over 16 years and handled a variety of immigration files with a focus on economic and investor immigration. He has served on a variety of boards over the last ten years including CSIC, ICCRC and CAPIC. Dory has lobbied extensively with IRCC, ESDC, CBSA and IRB and been part of stakeholder and lobbying initiatives. He is currently the CEO of CAPIC and continues to lobby and meet with government stakeholders.

Craig is an associate partner at EY Law LLP in Vancouver, where he manages the Canadian and cross-border NAFTA Immigration practice. He has practiced business immigration law since 2000, focusing primarily on assisting foreign businesses transfer employees and recruit new temporary foreign workers while establishing operations in Canada.

To learn more about the speakers, please click here.

Founded in 1998, today, Ashton College is one of the leaders in the field of post-secondary education in Vancouver, British Columbia. The college has two campuses, located in Vancouver and Abbotsford and offers 25 innovative, career-ready courses and programs in a variety of disciplines, including HR, finance, business, accounting, immigration consulting, home inspection and others.

For anyone interested in attending future CPDs organized by Ashton College or purchasing the recorded version of the seminar, please get in touch with: