With the prominent focus on immigration and foreign talent, Canada has attracted a lot of people to the Immigration Consulting career.

Another Canadian professional association that supports this goal is the Canadian Association of Professional Immigration Consultants (CAPIC). CAPIC emphasizes providing continuing professional development to its members and strives to equip and prepare RCICs to best serve their clients. “In some ways, CAPIC’s code of conduct is actually stricter than the one of the law society,” shares Donald Igbokwe, the president of CAPIC.

We sat down with Donald to talk about CAPIC and what it stands for, as well as how professionalism plays out in the Immigration Consulting career. 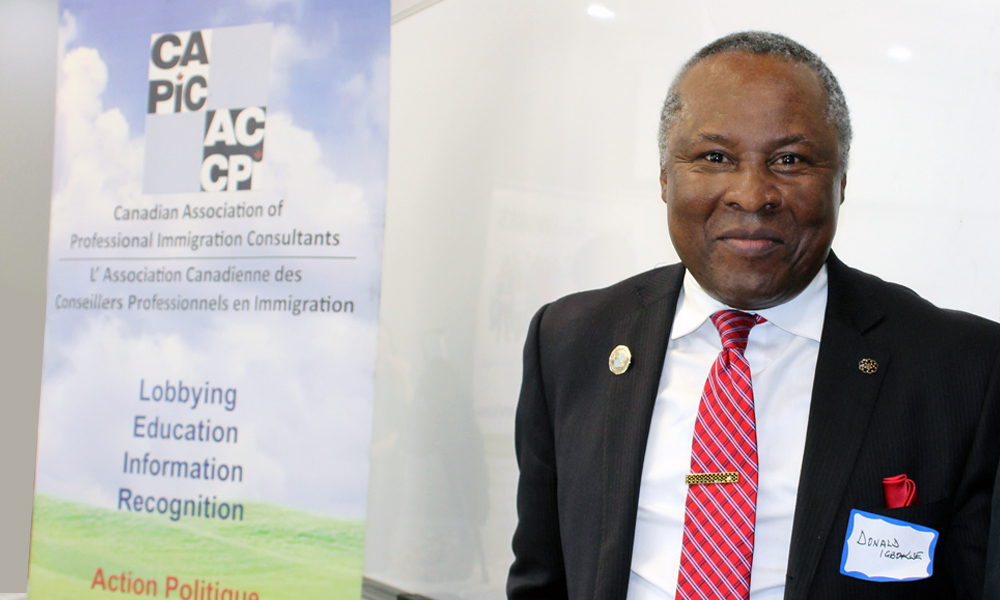 Donald Igbokwe: CAPIC is a Family

Talking to Donald, it is difficult not to notice his passion towards immigration consulting and towards his work with CAPIC. Donald has been serving as the President of CAPIC for the last 9 months. Prior to being elected for this role, Donald has been a member of CAPIC Board of Directors for over 6 years and held different leadership positions, including Secretary, Chair of the Governance and Nominations Committee, and Chair of the Education and Training Committee. On top of his work with CAPIC, Donald is the President of George Donaldson and Associates Inc. & One world Immigration Consulting Services.

“I think of CAPIC as a family and I see it as a family. In a family, we all work hard: we focus on growth and we make progress together,” shares Donald.

When talking about CAPIC, Donald emphasizes the foundation of the organization. Formed in 2005 from the amalgamation of two other professional organizations, CAPIC is a professional association for RCICs and a national advocacy group with over 1,500 members.

“CAPIC is founded on the 4 pillars: the first one is education, the second one is information, the third one is lobbying, and the fourth one is recognition,” says Donald. “CAPIC is at the forefront of education. We want to highlight excellence in education, which is why we recently developed an Award of Excellence for the best graduate of the year. Ashton College has been one of the beneficiaries of this award.”

According to Donald, CAPIC is also very active in the forefront of lobbying.

“Why do we lobby? We lobby because we believe we can make a meaningful contribution to our immigration policy and immigration programs by bringing attention to the important areas that need change.”

“Through collaboration with like-minded organizations, including the Canadian government, we strive to address the challenges that immigration consultants face in their field,” adds Donald. “By being active in the area of lobbying, we also show that we are in the immigration business not simply to make a living or earn money, but also to make an impact and give back to the society.”

“Think about this: if you were to leave this profession tomorrow, wouldn’t you want to do something today to make sure that future immigration consultants have a desire to pursue this profession? In line with this, CAPIC as the professional Association for Regulated Consultants has requested Ashton College to include the ‘History of Immigration Consulting Profession’ in its program to provide students with the background on self-regulation. Ashton has agreed in principle to this request, pending discussion with the Regulator. This is the legacy all of us can leave behind us.”

What Being a Professional Truly Means 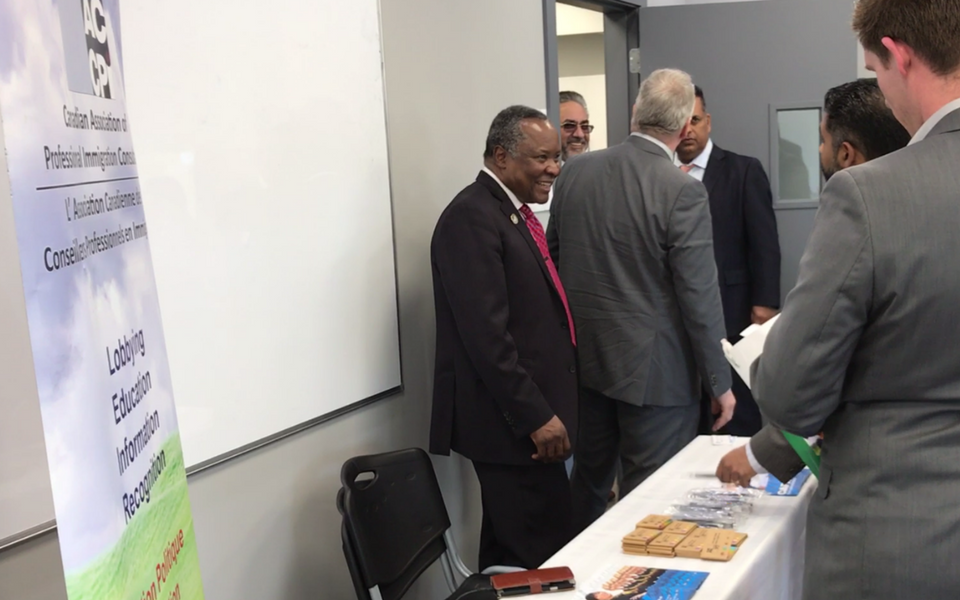 When talking about the immigration industry, Donald emphasizes responsibility and professionalism of the RCICs. “Being a professional in the industry means accepting the weight of responsibility that comes with it. As an immigration professional you have a regulatory body that licences you. You also adhere to the Code of Ethics. And that is a good thing! We should see it as an advantage, not a constraint.”

Donald reminds immigration consultants to treasure their licenses. “By the time you are done school and have your licence to practice, you should cherish it. It is a very important achievement and an opportunity to contribute to the field. You should treat this opportunity wisely, not selfishly. Don’t think about what’s best for yourself, but what would be best for the clients that you serve.”

“My advice to anybody who is taking the Immigration Consulting program and who wants to be a professional in the field is to be prepared to work hard. There are no shortcuts to success.”

“I would also encourage you to join CAPIC. With the help of different tools and resources at CAPIC, you will develop a better understanding of the field you are getting into, will be able to ask questions and even get direct mentorship from other professionals in the field. Our hands are always wide open, and we look forward to seeing you if you choose to join us!”