GRAPHIC WARNING: This story contains two graphic photographs of a young boy who died, images some viewers may find disturbing. They are embedded at the bottom of this story, after the last paragraph of text.

The numbers associated with today's migration crisis are staggering, with over 4 million Syrians fleeing their country due to an ongoing armed conflict. Over 200,000 Syrians have lost their lives over the past four years, and the United Nations estimates that some 2,500 people have lost their lives on risky sea journeys as they try to escape violence and repression at home. But on Wednesday it was the image of a solitary child that shocked the world and sparked outrage. 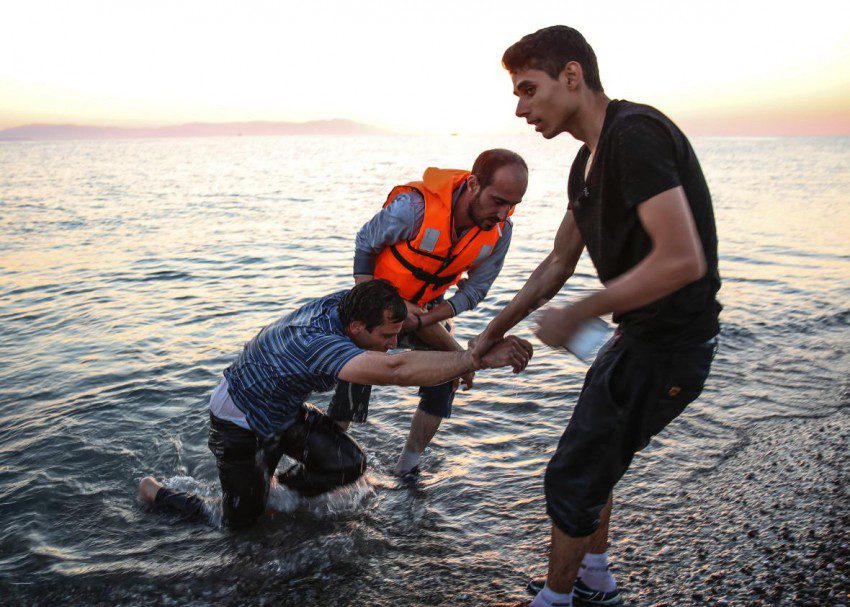 A Syrian man is dragged to shore after crossing a 3-mile stretch of the Aegean Sea in an inflatable dinghy. (Source: Dan Kitwood/Getty Images)

The drowned child was 3-year-old Aylan Kurdi, from Syria, part of a group of 23 Syrians trying to reach the Greek island of Kos. Aylan Kurdi and eleven others perished after their vessels capsized during the journey between Bodrum and Kos, which is just a few miles long. Aylan Kurdi's 5-year-old brother Galip also drowned, as did the boys' mother, Rehen.

Aylan Kurdi's family, Syrian Kurds, had fled Kobani, a city along the border with Turkey that has seen violence between ISIS and Kurdish fighters and undergone hundreds of airstrikes. The family applied for legal migration as refugees to Canada, where Abdullah Kurdi's sister, Teema, lives and works as a hairdresser but were rejected due to “the complexities involved in refugee applications from Turkey.”

Tima tried to sponsor her brother’s family under a “G5” refugee application. “I have my friends and my neighbors who helped me with the bank deposits, but we couldn’t get them out, and that is why they went in the boat,” Tima said. “I was even paying rent for them in Turkey, but it is horrible the way they treat Syrians there.”

Fin Donnelly, NDP MP for Port Moody-Coquitlam, said he had brought the case to Conservative Immigration Minister Chris Alexander “personally” earlier this year, but that it was rejected. In a statement Thursday morning, Donnelly said his office had requested explanation for the rejection but received no response, leading to “utter frustration and devastation” for this family.

Alexander cancelled a scheduled appearance on Canada AM and suspended his re-election campaign Thursday to return to Ottawa as news spread that Aylan Kurdi's family had applied for refugee status in Canada.

“The tragic photo of young Aylan Kurdi and the news of the death of his brother and mother broke hearts around the world,” Alexander said in a statement Thursday morning. “Like all Canadians, I was deeply saddened by that image and of many other images of the plight of the Syrian and Iraqi migrants fleeing persecution at the hands of ISIS. “I am meeting with officials to ascertain both the facts of the case of the Kurdi family and to receive an update on the migrant crisis.”

The photo of Aylan Kurdi washed ashore and laying face-down on the beach, first appeared in Turkish media, and was widely shared on Twitter after Peter Bouckaert, emergencies director at Human Rights Watch, tweeted the photo. In the first few hours, the image had been retweeted thousands of times and the hashtag “KiyiyaVuranInsanlik” – “humanity washed ashore” – became the top trending topic on Twitter.

The photos of Aylan Kurdi have sparked a debate about the role of social media in documenting the refugee crisis and the ethical implications of sharing such graphic imagery with some claiming the use of the photo is exploitative, and others arguing the photo represents the cruel reality of the migration crisis. According to University of B.C. journalism professor Alfred Hermida, “[the photo] brings it home to people that this is not just these faceless refugees from faraway places and numbers we can't make sense of. It makes it very, very personal…While I appreciate people's sensitivities, photos like this represent situations that the world needs to know about and the world needs to act on.”

After facing criticism from some for sharing the photo without a graphic image warning, Bouckaert posted an emotional blog addressing the controversy, stating

“Some say the picture is too offensive to share online or print in our newspapers. But what I find offensive is that drowned children are washing up on our shorelines, when more could have been done to prevent their deaths.

It was not an easy decision to share a brutal image of a drowned child. But I care about these children as much as my own. Maybe if Europe’s leaders did too, they would try to stem this ghastly spectacle.” 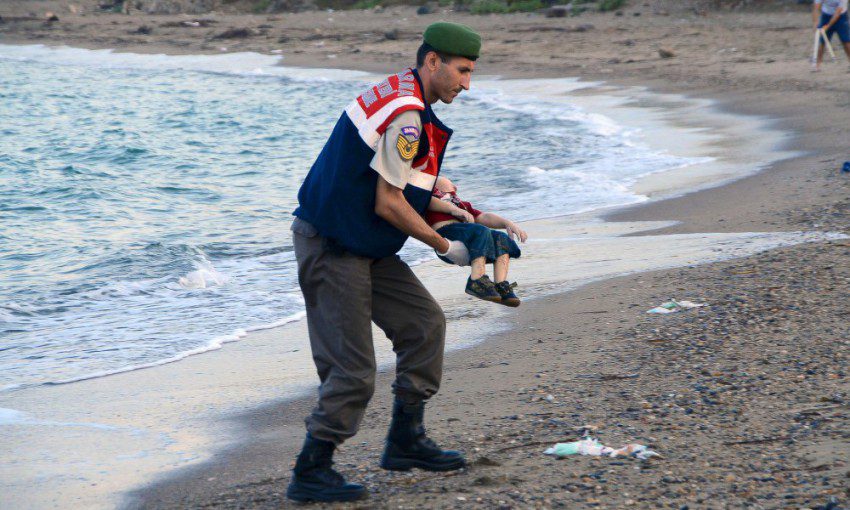 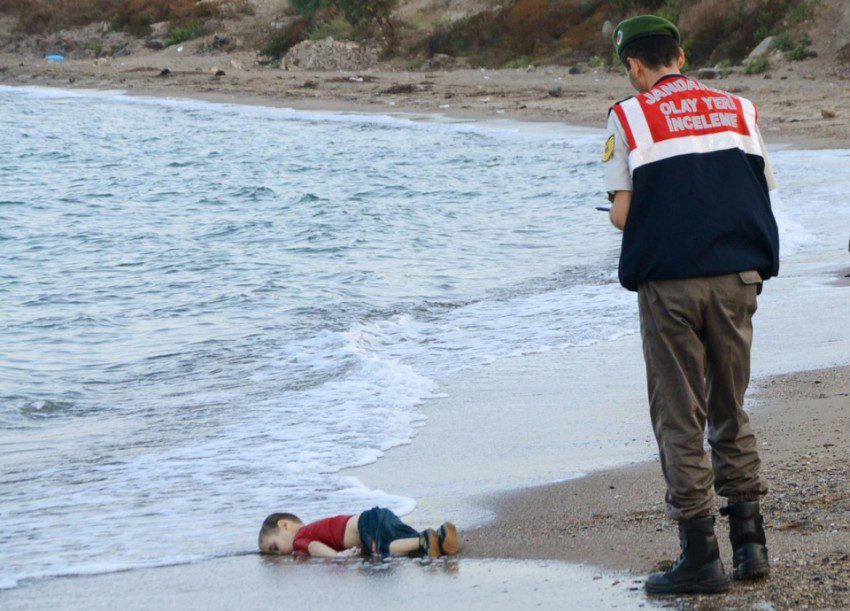 Aylan Kurdi was one of eleven refugees who died on Wednesday. (Source: AFP/Getty Images)

Tima Kurdi has clarified that while she was trying to bring her brother Abdullah's family to Canada, no formal application to sponsor them as refugees was made on their behalf as previously reported.

Tima had applied for refugee status her other brother, Mohammed and his four children, but only had money to sponsor one brother at a time. That application was returned as incomplete, according to the Department of Citizenship and Immigration Canada. When Mohammed's application was rejected, Kurdi said, she gave up on her plan to submit one for Abdullah.