Some serious craziness is just about to wrap up. There are perhaps few events that bring about as much excitement and fervour as the FIFA World Cup and this year, the 21st World Cup – with its ups, downs and unexpected turns – has been no different.

Fans go bonkers during World Cup. Really, really bonkers. And it’s wonderful to see. It’s like the same national pride witnessed during the Olympics, except, because it’s one sport (soccer, or football as the majority of the world calls it) and one team, it all seems somehow very concentrated. People wearing flags, dressing up in country colours, face painting, screaming, taking to the streets to express joy over a win or massive heartache over a loss. It’s quite something – even when seen on TV. In fact, according to FIFA, World Cup is the most widely viewed sporting event on the planet with about 715 million people tuning in to the final match in 2006. More than three million people attended the 64 matches in 2010. 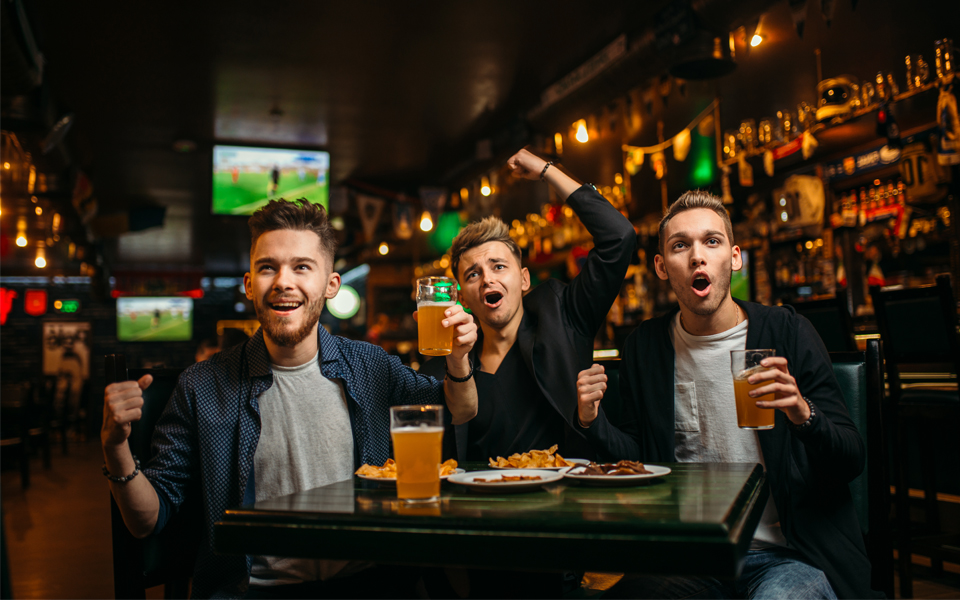 This year’s month-long event is being held in Russia – the first time FIFA has been in Eastern Europe for the World Cup – although two matches were played in Asia as well.

As a non-soccer watcher, I’ve had to hunker down and learn some basics just to stay in step with everyone else who seems to be obsessed with the sport. While the events leading up to the final have now concluded, here’s a primer to help you understand how teams got there – you’ll also be ready when the 2022 World Cup is held in Qatar.

First of all, the FIFA World Cup isn’t just a one-time event that occurs every four years. It’s actually a tournament that takes four years to work its way to the finals – the month of playing that is the “championship year”. So, kind of like the Olympics, athletes compete in qualifying events during the four years leading up to the main event that apparently is the most watch sporting event in the world.

During World Cup month, (which started on June 14 and ends this weekend), 31 teams that have qualified for the finals (the 32nd team is from the host country – Russia this year – and automatically qualifies) work their way through the final competition month in hopes of winning the title. This year, for the first time in history, all eligible national teams registered in the three-year preliminary competition for a total of 242 teams. There will be 64 matches played in total when all is said and done with the final being held on Sunday in Moscow.

Zimbabwe and Indonesia were disqualified before making it to their first matches while Bhutan, South Sudan, Gibraltar and Kosovo entered the event for the first time. Surprises in the qualifiers were that the United States, Italy (four-time champions) and Netherlands didn’t make the top 31 teams, but Iceland did (the smallest populated country to ever qualify). Egypt made the finals for the first time since 1990. Of the 32 teams, 20 are returning after being in the World Cup in 2014.

Once the 32 teams were determined, a draw was held Dec. 1, 2017 to place the teams into eight groups of four teams. Each of the four teams in the groups comes from a different “pot” which is established by rankings. I know this sounds a bit silly – to take eight teams in four pots and put them into eight groups of four teams – but stay with me… You see, pot one is full of the highest ranking teams (and the host team, Russia in this case), then pot two is the second best teams, pot three, the third best and pot four, the fourth best. In previous years, only pot one was based on rankings and the other pots were geographically selected.

What’s the point of all this? Well, as is the case in other sports, often the “best” team in a group is pitted against the “worst” team in a group to see what happens. Sometimes it’s the expected, but other times it’s a complete upset. In this case, it isn’t always “best” vs. “worst” in the groups of four, but you get the idea. Based on stats alone, the teams are far from equal.

The four teams in a group play matches to eliminate two of the teams, the winners advance to the next rounds in the knockout stage where one game determines who advances to the next level and who doesn’t. Thus there are 16 teams that are reduced to eight for the quarter-finals, then four in the semi-finals and two in the final. The two teams from the semi-finals that didn’t make the final play in a third place play-off match.

It might sound complex, but for true fans, they know exactly where there team is at all times. The rest of us will have to keep doing our homework to catch up.

As mentioned, putting teams of various rankings in a group of four can lead to some pretty major upsets along with the expected outcomes. Among some of the incidents that had fans agape, was the host team (which was only in pot one because it was the host) beating Saudi Arabia. Perhaps Russia won because of home-field advantage – no one knows for sure – but it was certainly unexpected.

Germany’s loss to Mexico was an epic defeat. Why epic? Germany was the defending champion. It’s Mexico’s goal keeper that seemed to be the start in this match.

Iceland, the smallest team ever in a World Cup as noted above, ties their game with two-time champion team Argentina. Apparently it was mostly due to Iceland’s defence, so we must give credit to these first-timers for a well-fought match.

The finals in Moscow on Sunday come down to France and Croatia. On Saturday Belgium squares off against England in St. Petersburg to see who takes third place officially.

Sure, I may not be the most well-versed soccer fan in the world, but I can say, I’ve been more engaged in this World Cup than any other. Thanks to a little bit of research I know more than I ever knew before and will be ready for 2022.