The Beginners Guide to Cryptocurrency in Today’s Market

Just about every human being connected to a tech device has heard of Bitcoin – the world’s first cryptocurrency that was released in January 2009. While you may have heard about it, understanding what it is and how it works isn’t nearly so cut and dry. 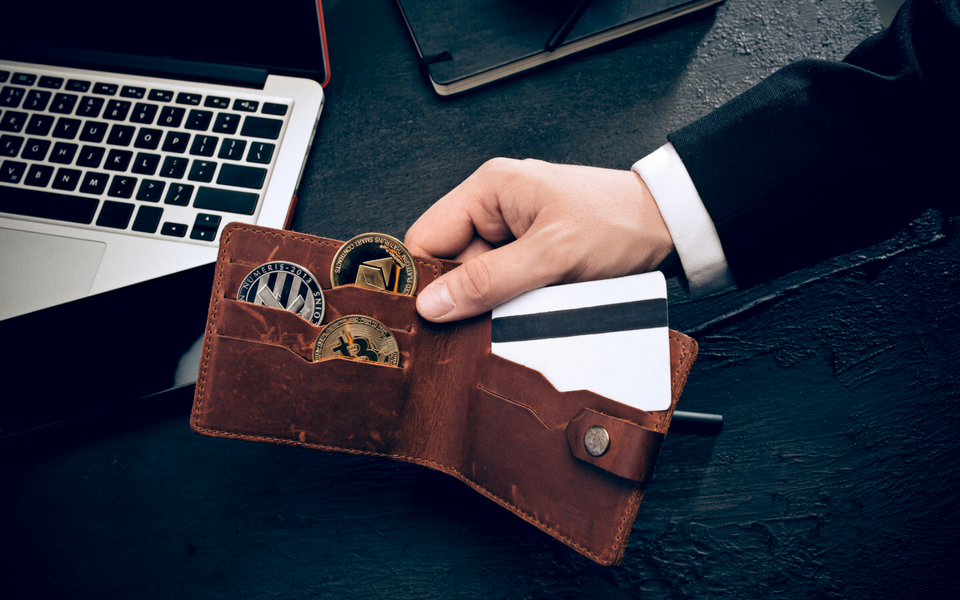 Some call it a scam, while others see it as the next great electronic investment able to make millionaires overnight. Recognizing that cryptocurrencies are becoming popular in Canada and in international business circles, we wanted to distill down to the basics of cryptocurrencies in today’s marketplace.

Most people think of cryptocurrency as something only savvy techno-geeks are involved in, but there are many “run-of-the-mill” individuals investing in the electronic cash system.

Cryptocurrency is described as a decentralized peer-to-peer network-based cash system. Previous digital cash systems used centralized systems, but failed in attempts to catch on. Normally, a centralized system is what prevents double-spending, so it was believed that a decentralized system was impossible. However, the founder of Bitcoin, an unknown person going by the name Satoshi Nakamoto, found a way to have every single entity of the network (every peer system involved) to not only have a list of accounts, balances and transactions, but also to be able to prevent double-spending by having this list and conducting confirmations.

Ultimately, because it’s an electronic currency, cryptocurrencies are simply entries replicated across databases (like your list of account entries and expenditures in online banking). These entries can’t be changed unless certain conditions are met. Similar to how you must enter a password after using a debit card, these conditions must be met for a transaction to occur. Cryptocurrency can be transferred globally in moments due to the complex network around the world.

Cryptocurrencies therefore are a method of exchanging value stored electronically using encryption to control creation and verify the transfer of funds. It’s an anonymous way to exchange currency because transactions and accounts aren’t connected to you – the transaction flow can be analyzed, but it is unlikely anyone can connect a real-world person to the information.

How Does Cryptocurrency Work?

This is where it gets interesting. Because cryptocurrency exists only in the electronic world, it’s the electronic world that provides all the checks and balances to ensure the accuracy of an account or transaction. Each time a transaction occurs and is verified by the other databases, it is combined with other transactions into “a block” and this block is added to other blocks in what is known as the “blockchain”. The block chain is like a safe for all of the transactions – they can’t be changed, but they are stored safely together in one place. Each different cryptocurrency has its own blockchain.

To participate in the cryptocurrency world, you simply download free software and install it. Once installed, you can send and receive cryptocurrencies without government or bank awareness.

Transactions occur using a user’s electronic wallet that cryptocurrency goes into and out of through the use of the private keys. In order for transactions to be processed and received by the multiple databases, the user must have a private key for their transactions to prove validity of the transaction and of the currency. This is how transactions are verified and sent to the databases. Transactions cannot be “undone”, so users must be sure of what they are doing.

Here’s part of the dilemma about this system. Because cryptocurrency lives only in the electronic world and isn’t verified or monitored by a bank, it has no intrinsic value. It can’t be converted into paper money, coins, or gold doubloons (if that’s your thing) and it truly takes no physical form. It’s just 0’s and 1’s living on computer networks. (Though apparently there are some exchange houses now offering conversion of cryptocurrencies into cash).

For many people, having currency in this form is not only weird, it’s scary. It’s uncommon to how we do things. However as cryptocurrency news reports grow and people become more comfortable with the concept, it isn’t all that different from when people went from having gold as their method of currency to paper money. The paper money had no intrinsic value either – it was only the agreement that the paper represented a value that made it valuable. Cryptocurrency is similar, except that it lives in the online world.

Like cash, there is no reversing a cryptocurrency transaction. If you drop cash on the sidewalk, you’re unlikely to get it back. Same goes for cryptocurrency. If you send it to the wrong place or have some hacked and stolen from your computer, there is no way to reverse the transaction. However, keep in mind that only the owner of the private key can send cryptocurrency, so it is quite secure on its own.

Also of interest is that neither banks nor governments control the volume of cryptocurrency available in the marketplace, so there is no adjustment in terms of inflation or deflation practices.

What is cryptocurrency mining?

Once a transaction is complete, the whole network becomes aware. This happens through a miner. Only miners confirm transactions – it’s their job in the network. Once they confirm the legitimacy of a transaction, they share that information to the rest of the network and the transaction is added to the blockchain. Of course no one works free, so miners are paid with cryptocurrency, generally Bitcoin.

There is no hiring process to become a miner. Nearly anyone can do it – but there are somethings miners do in return. They allow their computers to do some of the work required by the network. Miners must perform the work (called mining) that solves a mathematical puzzle to verify the transactions are real. The first miner to solve the puzzle receive the reward and the transaction is attached to the blockchain.

Valid Bitcoins are only created through the mining process. The harder the puzzle, the more the miner’s computer has to work – and use up its power to do so.

Cryptocurrency as an option

Cryptocurrency prices fluctuate dramatically and the concept isn’t as easy to understand as something you’ve been to exposed to throughout life like cash, a cheque or gold. It’s a fast-growing market for investors willing to get involved, but there needs to be a certain level of understanding – and a stomach for the highs and lows.

While many people with cryptocurrencies like Bitcoin hold onto their stores, there are others who spend it. But how? You can’t go into Starbucks with it, but there are online stores like Shopify that will allow you to make purchase with your currency.

Do your homework before you jump into this one. While riding a new wave is exciting, it’s not the right choice for all of us.